Our first little guy turned four yesterday and he wanted a superhero birthday party which I talked about on the blog yesterday. Read about it here. The challenge with a January Birthday is sometimes weather limitations on a party's location. I would love to be able to plan every one of the boys birthdays outside, on the ranch or at the park. Last year I planned Clayton's party outside and it of course rained. We are experiencing a HORRIBLE drought right now and I should have just planned it outdoors again but I hate calling guests at the last minute to make changes so I went with the sure thing - indoors. Too bad, it was 75 and sunny all weekend.

So an indoors party needs activities. Four year old's need to be kept entertained and I was ready for the challenge. I knew I needed to set the theme for our Superhero shindig and what is better than a cape and mask!  I headed to Pinterest for inspiration and there was no shortage. I needed a cape that was easy to make and inexpensive if I was going to make one for everyone.

The story goes like this. I decided to cut some capes out of red plastic table covering that I already had. I made one and it was flimsy but I only needed it to last 90 minutes. I then felt the birthday boy needed a real cape so I headed to the fabric store for a pattern and fabric. Guess what? The costume patterns are not readily available like they are right before Halloween so I bought the only cape pattern they had and hoped for the best. My first clue that it was a bad idea was this particular pattern required three yards of fabric! I could wrap the kid up in this amount of fabric! But I bought it anyway. It was on sale so it didn't hurt as much and I wanted the birthday boy to have a cape.

I got home and decided to do one more search of the internet and decided that if others could make their own pattern I could too. And I did! Even better, I made eight capes out of the fabric I bought instead of one so now everyone gets a real cape.

The fabric was 60" so I folded it once and then folded it again so I could cut two capes out at one time. The best part of the fabric I bought was that it was a knit (called Ponte) that was not going to fray after I cut it. This project just became a no-sewing project! 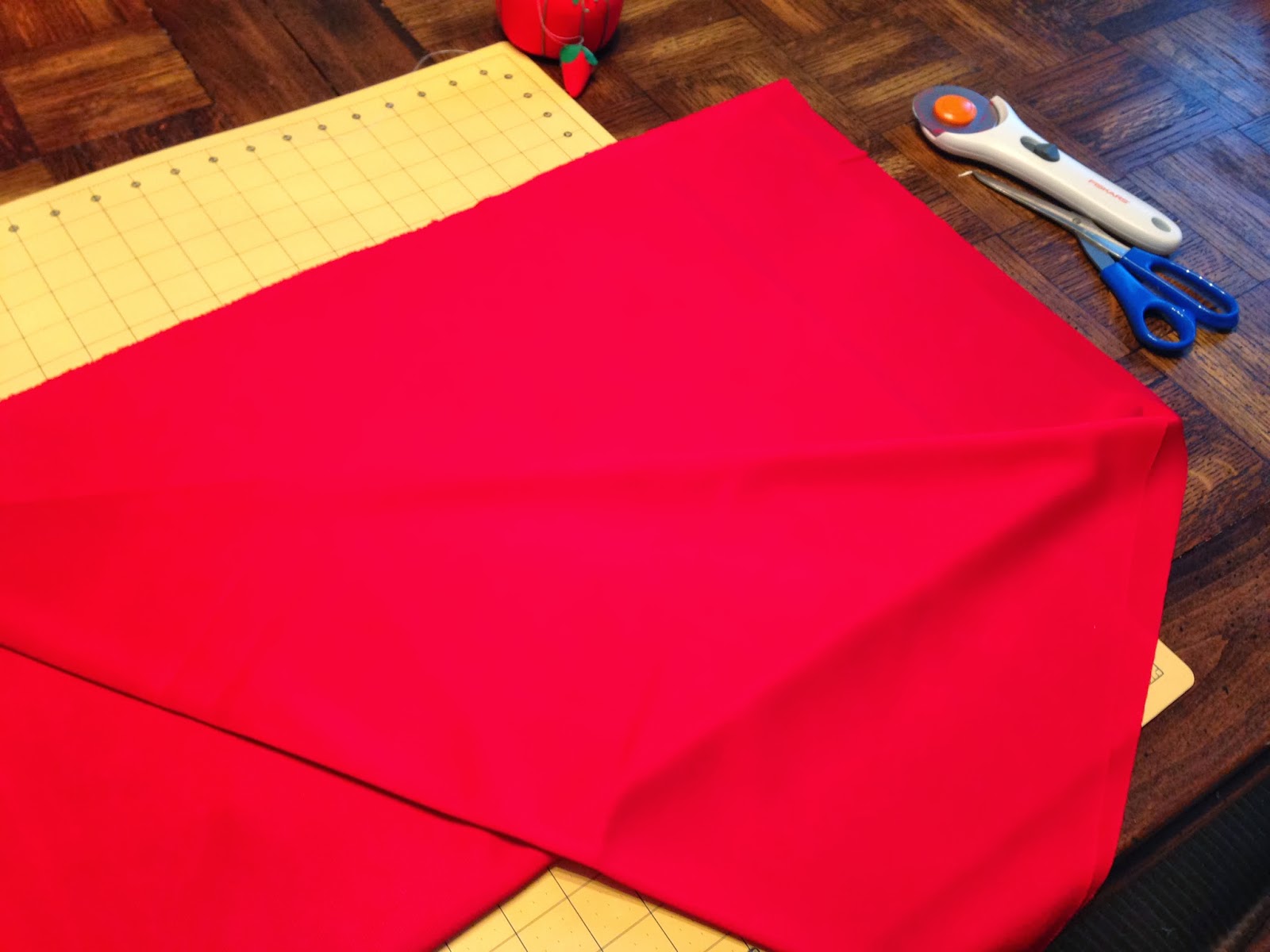 Here is my pattern. I placed the side of the pattern meant to be the middle, on the fold of the fabric.
The cape ended up being 24' wide across the back and 21" long from the back of the neck. I made these for 4 year old kids and they were perfect. I made a few for some smaller kids that were four inches shorter and only 22" inches across the back
. 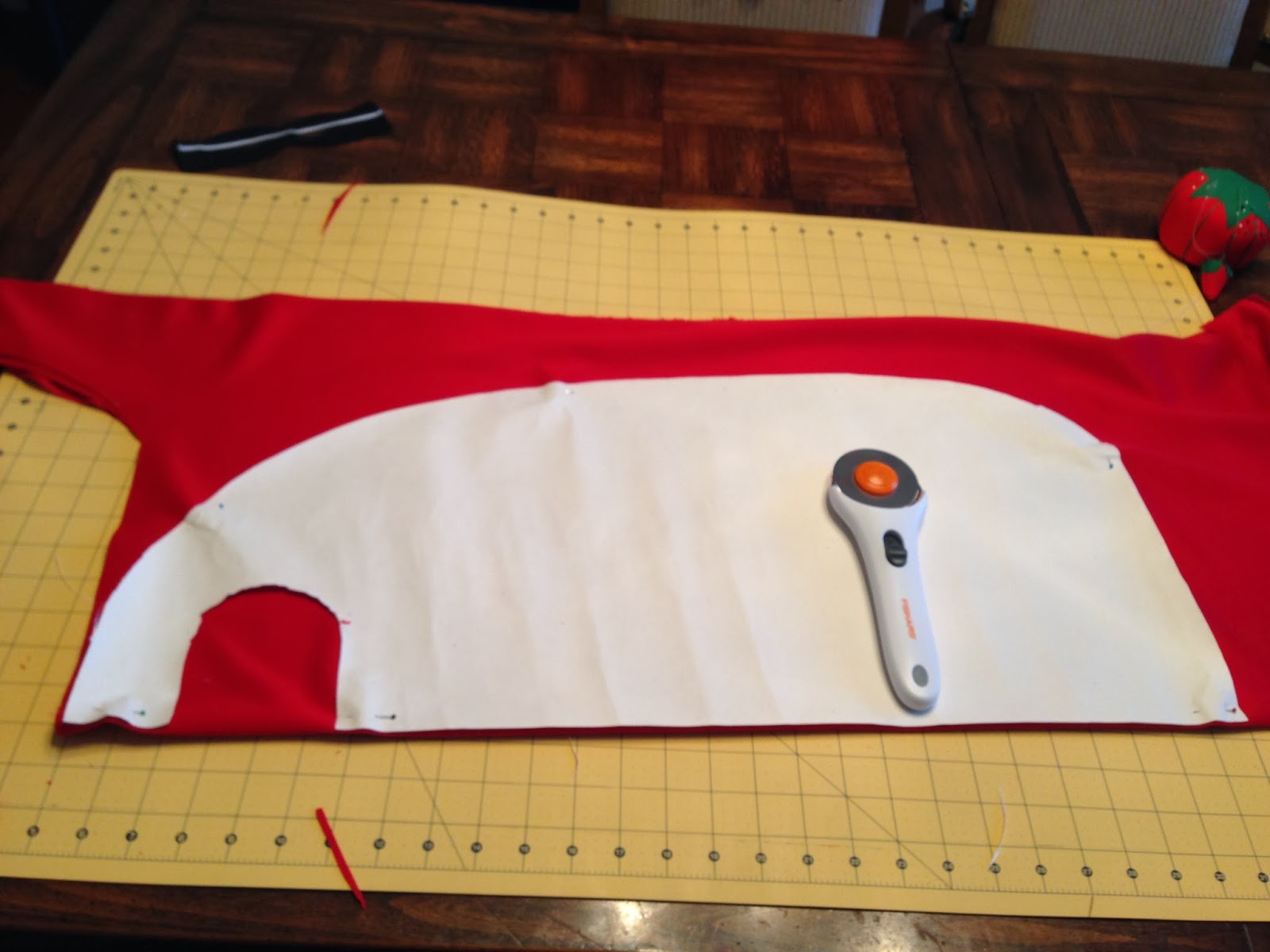 Here it is all cut out. I cut the tab at the top in the middle, added some velcro and wah-lah! Superhero cape. 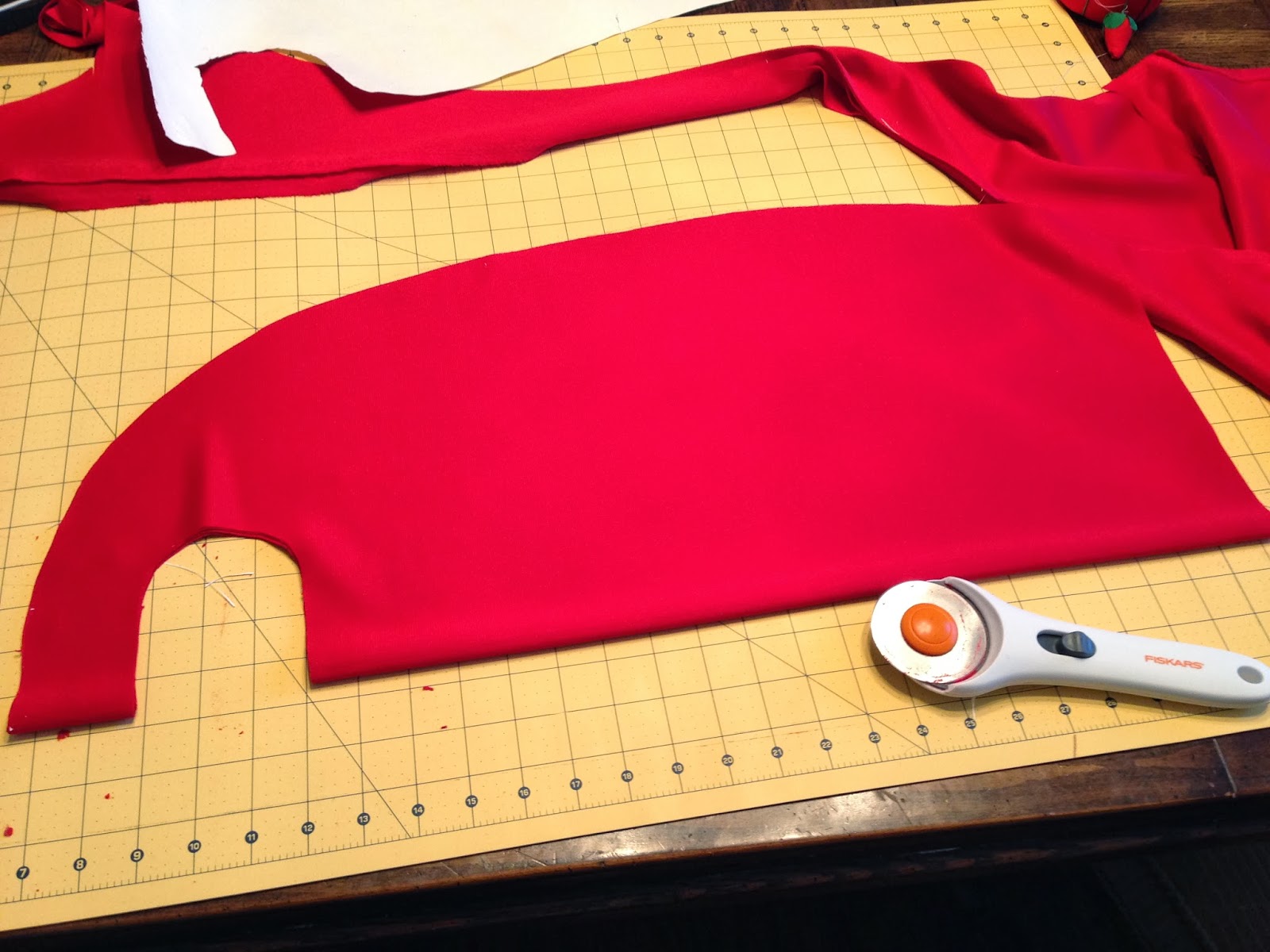 And what would a superhero cape be without a mask? I went back to Pinterest and found this blog and used the template to make my mask. I was going for easy so I only used one piece of felt instead of two and just stitched the elastic on the the back side of the mask. 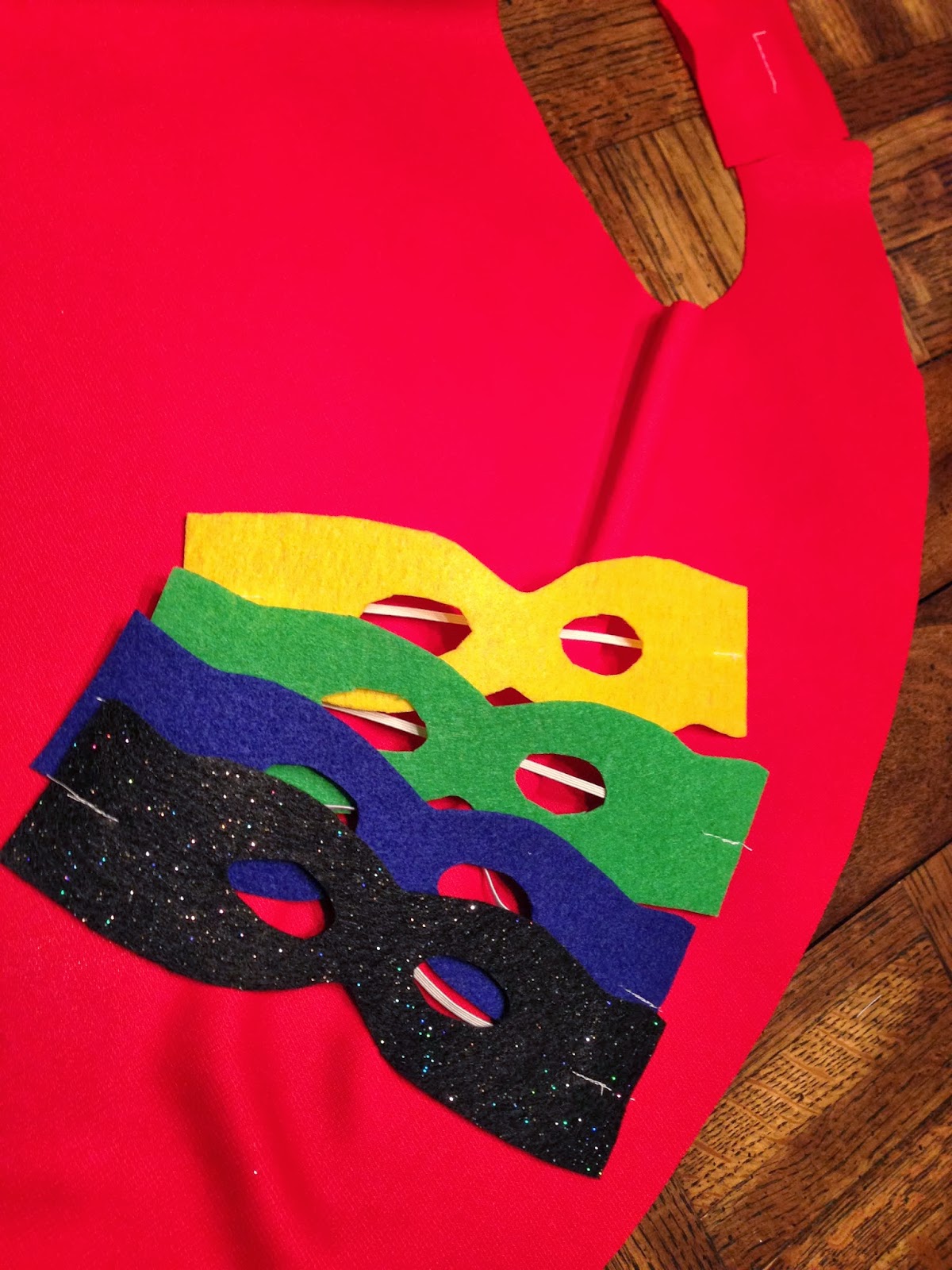 In the end everyone got to take home a cape and mask and hopefully they will get a few good hours of superhero deeds out of their birthday party favors. 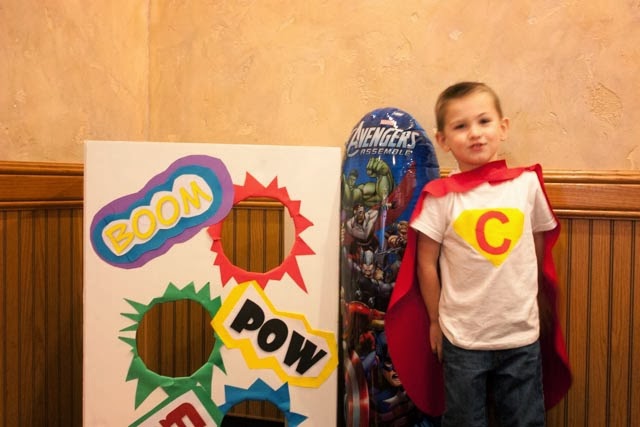