Halloween was a blur!

If you have young children I'm sure that most of your treasured photos are blurry. Not because you are a bad photographer but because your kids have a gene the does not allow them to sit still. Of course I have no scientific evidence to support that it is a gene but what else could it be?

I have to tell you I almost forgot to take pictures of the boys in their costumes this year. Not because I don't think they are the most adorable superhero's ever but because they have been driving me crazy for a month over these costumes. In fact they have dressed up every night leading up to Halloween because they loved their costumes so much. We bought the costumes early. We knew they would be popular and the boys knew they wanted to be Superheros. (Of course I do have a Spider-Man costume in the closet too. Maybe we can save that for next year.) The problem with the early purchase was they wanted to wear them. So we let them. Each night they put them on and played. Each night I made them take them off before dinner and I hung them back up in my closet so as to not allow them to be torn or destroyed before Halloween.  See those cute Captain America Shields? That is the 2nd set. They broke the first two. But the costumes survived. I told Jake I could not wait till Halloween was over this year just so I would not have to worry about the costumes being destroyed. 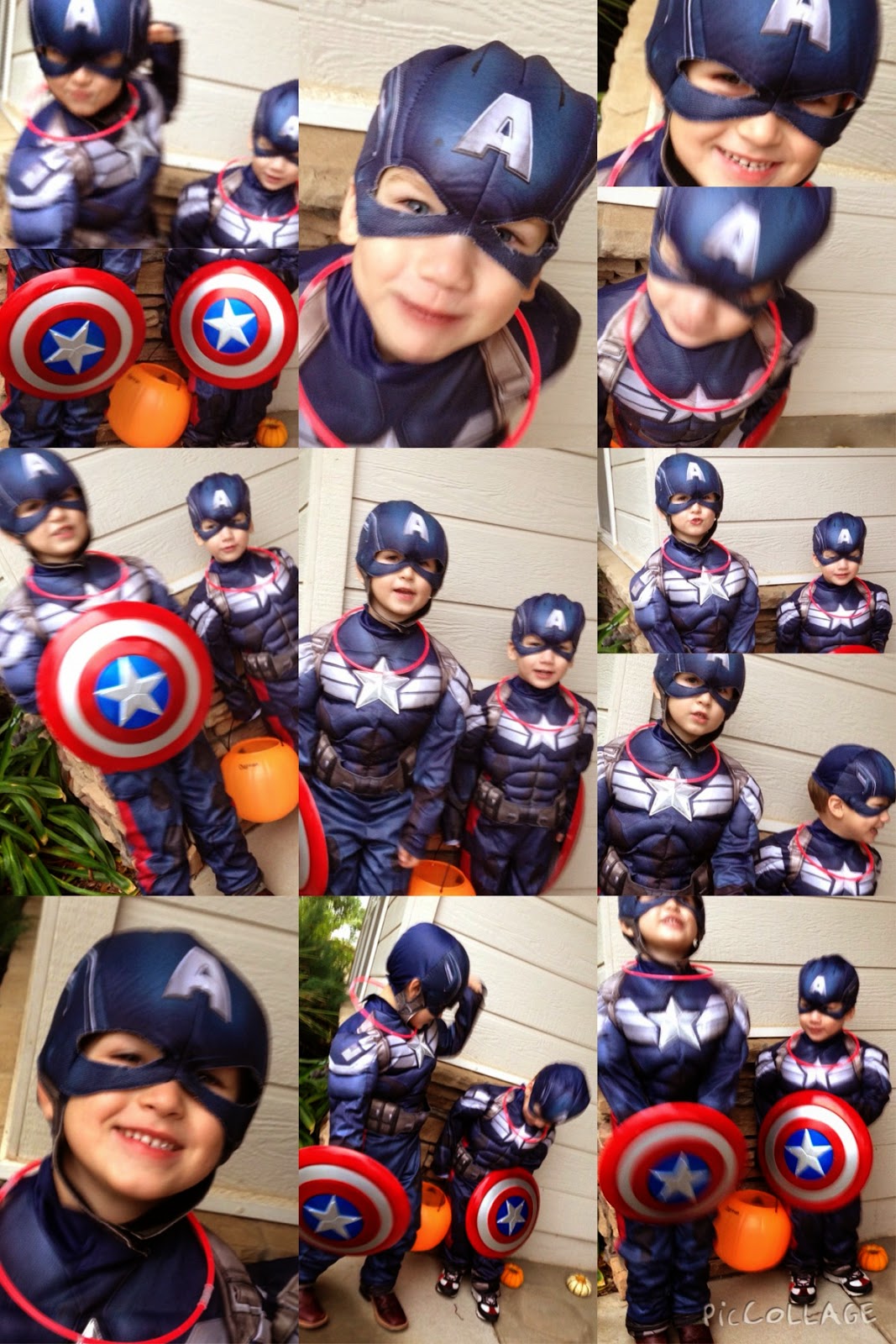 So it's over now. I took the pictures. Lots of blurry pictures. Everyone was happy. They have Captain America moves that would make Captain America himself jealous. They went door to door in our neighbor hood and collected candy. They are only 4 and 2 so they are still getting the hang of the "Trick or Treat" process but they figured it out.

We got home that night. I helped them take of their costumes and I slung them over the foot boards on their beds. I figured they could play dress up now all they wanted and I would not care one bit if a costume got dirty or ripped or simply lost in the mess of their room.

And that was it. The costumes are in the same place they were Friday night when I took them off. A month of "I must wear my costume moooooommy!" and all they want now is that damn Target toy catalog that came in the mail. All I can say is thank goodness we have two catalogs.


Bring on the Holidays!
Thanks for reading. ~mrs. c
Posted by colleen at 3:55 PM