Fair, fun and family of course!

Memorial Day weekend for many means camping, water sports  and the beginning of summer. For us it means the county fair. This year we made two fairs over the three day weekend.

First up, our local Silver Dollar Fair in Chico. We love to attend on Saturday of the fair to not only take the kids and get the customary corndog but to also attend the Jr. livestock Auction. If you've read this blog before, you know I think the world of the 4-H and FFA program.  We were unable to make a purchase this year but maybe we will be able to next year; I sure hope so.

Back to the fair.  Clayton is three years old now and understands what carnival rides are and we of course gave in. 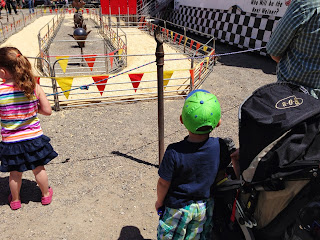 First up the pig races. Who knew a pig would run in a circle to get an Oreo cookie as a prize? Then again I too might be motivated by an Oreo cookie. You never know. 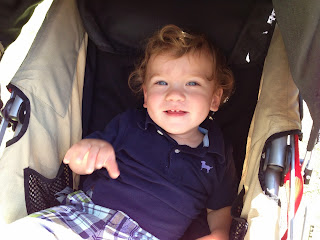 Dalton just took it all in from the comfort of his stroller. Next year he will be just as excited as Clayton. 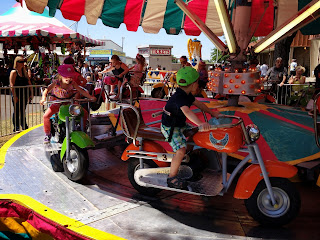 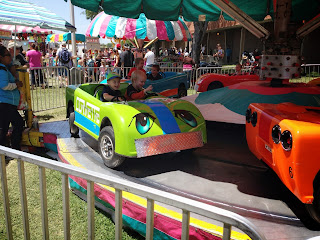 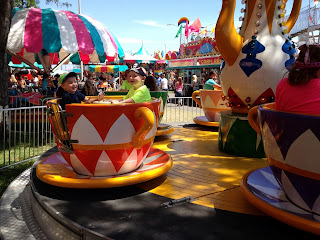 and tea cups. I think he loved it. 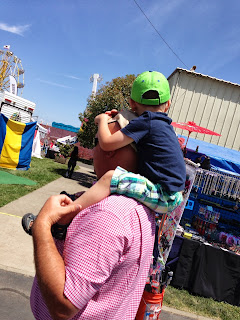 Probably the best view of the fair and his favorite ride, on dads shoulders.
Next up, Sacramento County Fair.  But why would we drive all the way to Sacramento to go to a fair when we have one in our own backyard? The answer is the family portion of this blog's title. Our niece Jenna and nephew Josh were showing at the Sacramento Fair. A pretty good reason to attend  in my opinion.
This fair offers a "Primary" program for soon to be 4-Hers who fall in the five-eight age range category. Josh is still in the primary group so we had the chance to watch him show his rabbit and a Pygmy goat. Jenna is a full-fledged 4-Her at the age of nine and she exhibited her chickens earlier in the week.  We were unable to make that show but we still got to spend the day with her too. 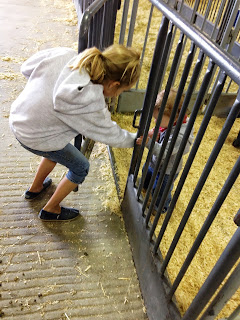 Dalton thought playing in the holding pen was fun. Mommy that it was a great idea since this kept him from running all over the place. 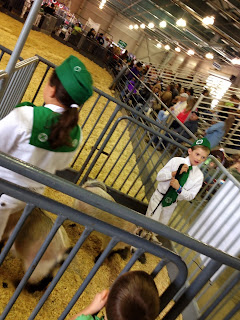 Doesn't Josh look so grown up in his 4-H uniform? 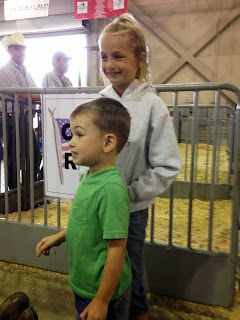 Clayton had a great time following Josh and Jenna around. He also had the chance to pet a few animals including Jenna's chicken and the previously mentioned rabbit who goes by the name of Midnight. So far he has not asked his dad for his own fuzzy pet but I'm sure it's coming.
Both fairs were lots of fun! And I of course made sure to get a corn dog at both. Bonus!
Thanks for reading. ~mrs. c